With the development of science and technology, self-driving cars are no longer the illusory things in science fiction film and television works such as "Rider Ranger". According to the online version of the British "Daily Mail" on February 17th, Oxford University has recently developed a new self-driving car, which not only has significantly improved accuracy, memory ability and low cost, but also wonderfully can use an Apple The company's iPad is controlled. Researchers claim that this technology can be applied to mainstream automotive products in the next 15 years. 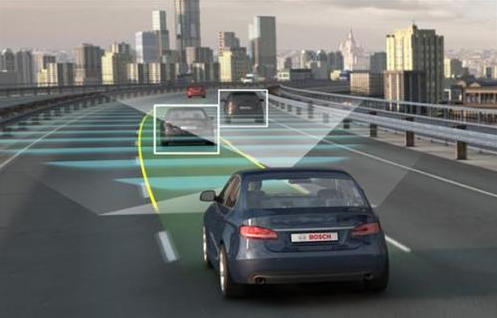 Allegedly, the prototype of this self-driving car is a Nissan listening wind electric car. Researchers at Oxford University installed small cameras and lasers on their chassis. When the car is in a manual driving state, the laser and the camera will serve as the vehicle's "eyes" function, and the environment around the body will be drawn into a 3D three-dimensional map, transmitted and stored on a computer in the car trunk.

In this way, the car will be able to "remember" the roads and areas that it has traveled, and has the ability to "independently" travel to and from common routes. It will use the iPad screen installed on the dashboard to communicate with the driver and ask whether to enter the automatic driving mode. When affirmed and clicked OK, the car took over everything itself: the laser installed under the front bumper of the car scanned the sector area in front of 80 degrees 13 times per second, with a maximum distance of 164 feet. Found pedestrians, bicycles and other vehicles. Once the "roadblock" appears, the car will automatically slow down and stop slowly. At this time, the driver can also regain control of the vehicle by stepping on the brake pads, just like the operation mode under the current cruise mode.

Scientists at Oxford University said that compared with traditional satellite navigation systems, the performance of the car's autonomous driving system is more powerful. With regard to accuracy alone, the latter's error of less than an inch is enough to make the former dwarf by several yards. At the same time, self-driving cars with memory do not need a satellite to tell their position at all.

At present, the cost of the prototype is 5,000 pounds, far lower than other similar technologies in research and development. Oxford University believes that it is not enough, saying that it will try to reduce the cost to less than 100 pounds in a short period of time. This "pledge" also surprised many colleagues.